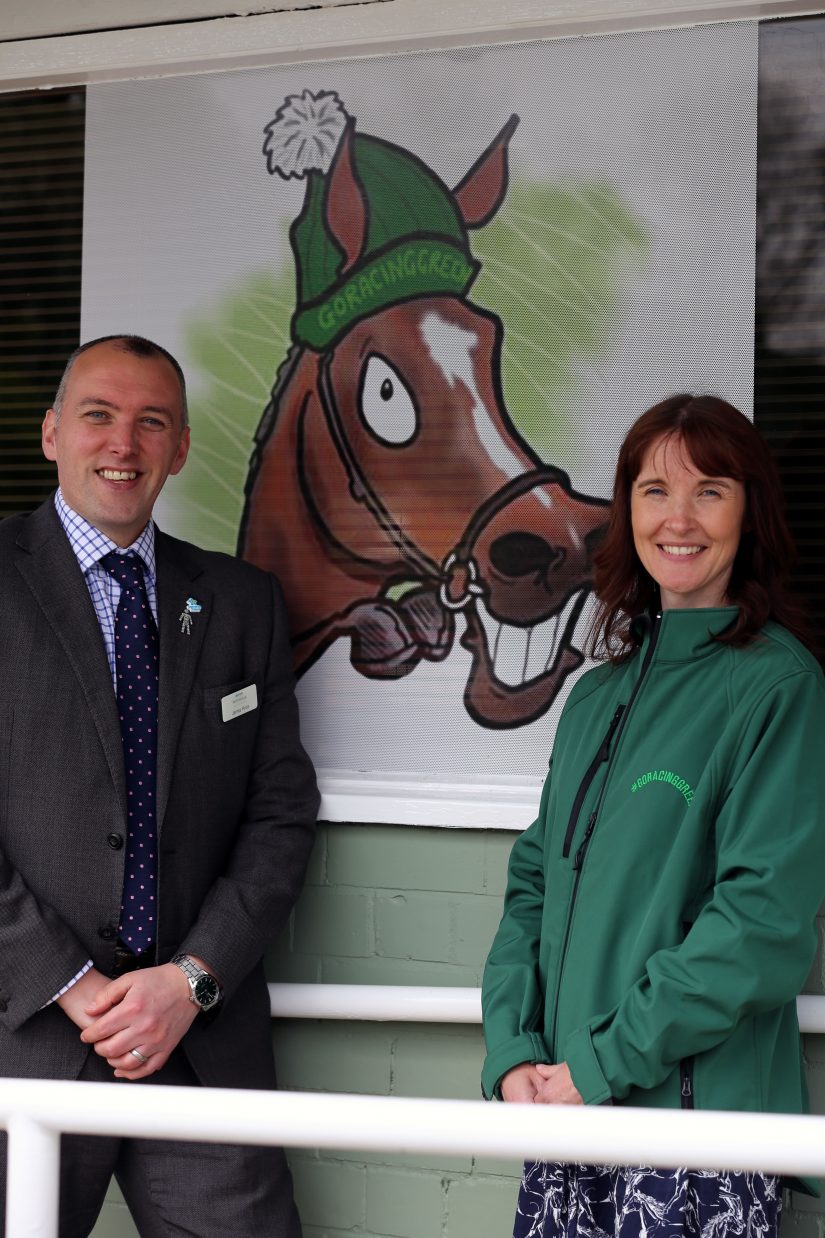 Nottingham racecourse is the first in the UK to undertake the #GoRacingGreen initiative, a project to make racecourses more accessible to people living with invisible illnesses.

The initiative was created by Debbie Matthews from Somerset, whose tweet saying she was facing her fears and attending a race day at Ascot back in January went viral, sparking interest from the national media.

Following public support from thousands of people across the UK and further afield who contacted Debbie and said they too would love to go for a day at the races, but currently faced many barriers, she created #GoRacingGreen. A tourism officer by day working in accessible and dementia tourism, and suffering with her own social phobias and anxieties that prevent her from not just a day at the races, but many other activities enjoyed by millions without a second thought, she was well placed to champion the initiative, which has now got support from Great British Racing, The Racecourse Association and The British Horseracing Authority.

Staff at Nottingham Racecourse have become Dementia Friends, as well as receiving an awareness session on conditions such as Autism, ADHD, PTSD and General Anxiety Disorder, and how all these conditions can affect someone’s confidence and ability to attend a day out, as well as the triggers they may face within a race day environment.

Following an assessment of the course, minor changes were made to make it more dementia friendly – welcome mats were changed from black to green, the placement of mirrors reassessed, white toilet seats were replaced by coloured ones. Debbie then created a Sensory Guide and an “Invisible” Access Statement, which can be found on their website, and offers the essential information to help you plan your race day in advance, and know what to expect, helping both those affected by various conditions, and the people who love and care for them.

A bar that was rarely used has been converted into a safe and quiet room, open on race days for anyone that wishes to use it, be that for the whole day or just to dip into if they need to. There are two television screens in the room which enable people to watch racing if they don’t feel comfortable going outside to watch it, as well as tables and chairs. An outside “Quiet Lawn” has also been identified for busier race days, offering a safe and quiet space from which to watch racing outside.

The initiative also aims to support those facing loneliness that would like to go racing but would not do so alone. The #GoRacingGreen community is growing by the day, a network of people with a common love of horses that can arrange to meet up, or just so you know there is someone to say hello to.

“What Debbie has done in raising awareness of an issue that has long been ignored is so important and the entire Nottingham team were thrilled to be chosen as partners for this fantastic initiative. Racing is a sport for everybody and the more we can listen and learn from passionate people like Debbie, the more accessible it will become for everybody in our communities.

I am proud to be leading Nottingham into this new era but also conscious that this remains only a first step. We are by no means experts, and don’t for one minute pretend to be but we promise to listen and make the wonderful sport of horse racing enjoyable for all.”

“To see this idea come to life is just incredible and I cannot thank James and his team at Nottingham enough. Living with social anxiety and many other conditions can often leave you feeling like a prisoner in your own home, and does not just affect you, but ends up affecting those around you. It is initiatives like this that can help people like me, and thousands of others, live and not just exist.”

You can find out more about the initiative at www.goracinggreen.co.uk