Calvert Trust Exmoor welcomed TV host Anneka Rice back to the centre last week to celebrate the 25th anniversary of the opening of the boathouse that was constructed by the Challenge Anneka team in 1993. 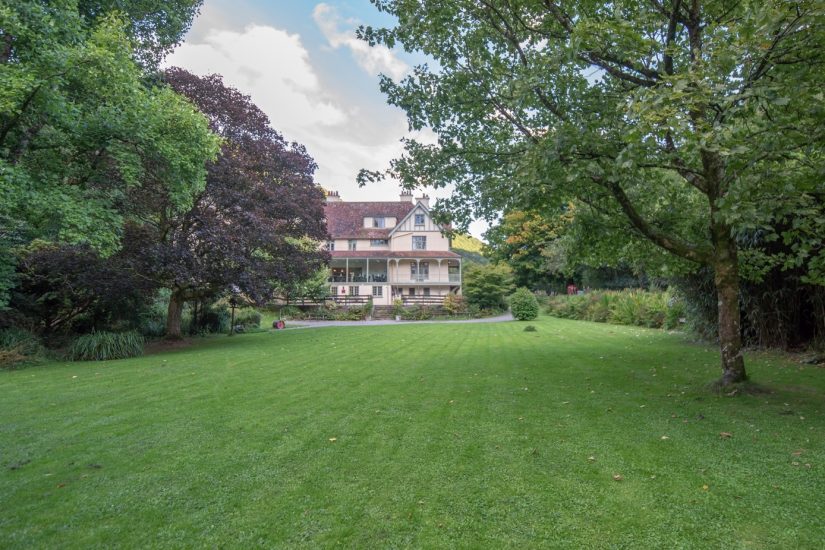 The ‘Boathouse’ episode https://www.youtube.com/watch?... of the popular 90s television show, which was aired on BBC One, saw the indomitable television presenter and her team challenged by two West Buckland School pupils to convert a derelict cattle barn into a fully-accessible boathouse within just two days.

Siblings, Ben and Amber Gatehouse from North Devon wrote to the BBC television programme in 1992 to appeal for the new boathouse facility, including critical improvements to access so that anyone with any disability could get out onto the lake and go sailing. 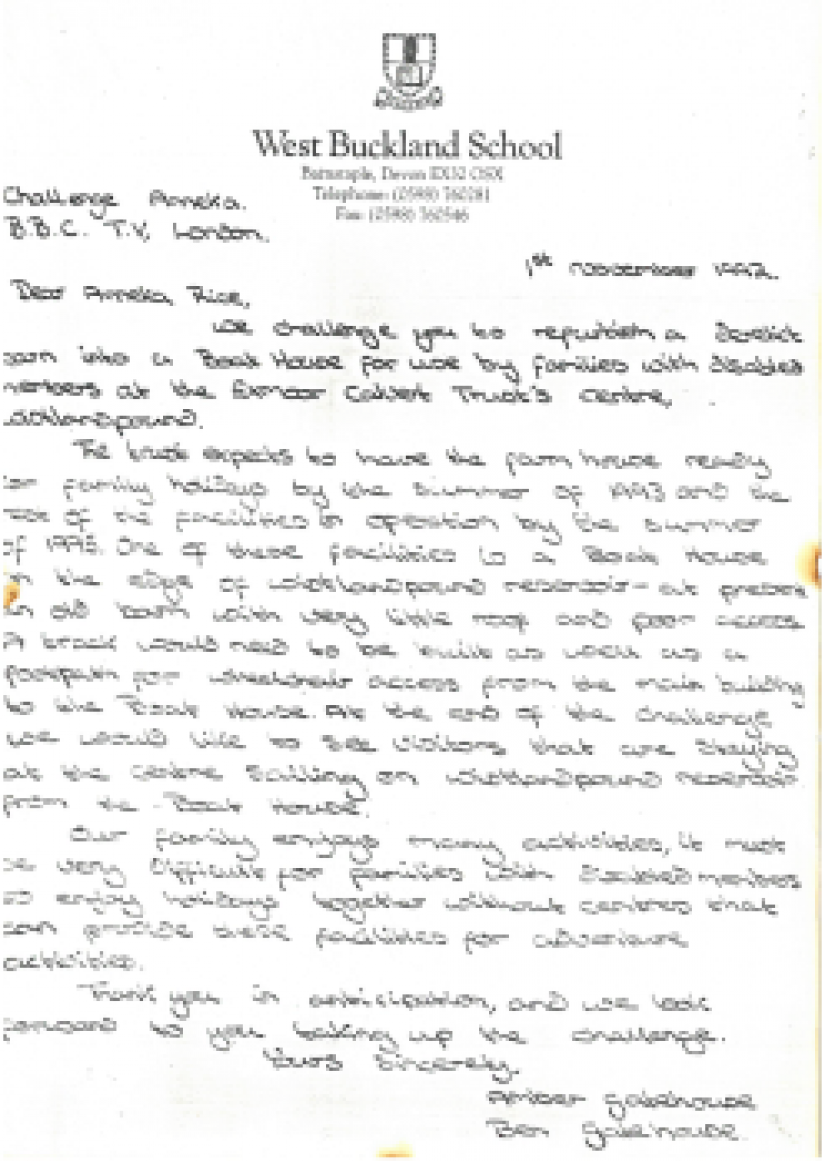 25 years on, Ben said: “We truly hope our letter written naively to Anneka has and will continue to be an asset to the Trust in providing life changing holidays. We still remember vividly the shock and surprise of Anneka walking into our school assembly. At the time we were amazed by the local businesses’ willingness to help a great cause in such a short time frame.”

Hampered by Devon’s typical heavy downpours and patchy phone signal, the 72-hour construction challenge made for edge-of-seat viewing as the team approached the deadline and completed the project just in time to celebrate with a regatta on Wistlandpound Reservoir, where the Boathouse remains in service today. 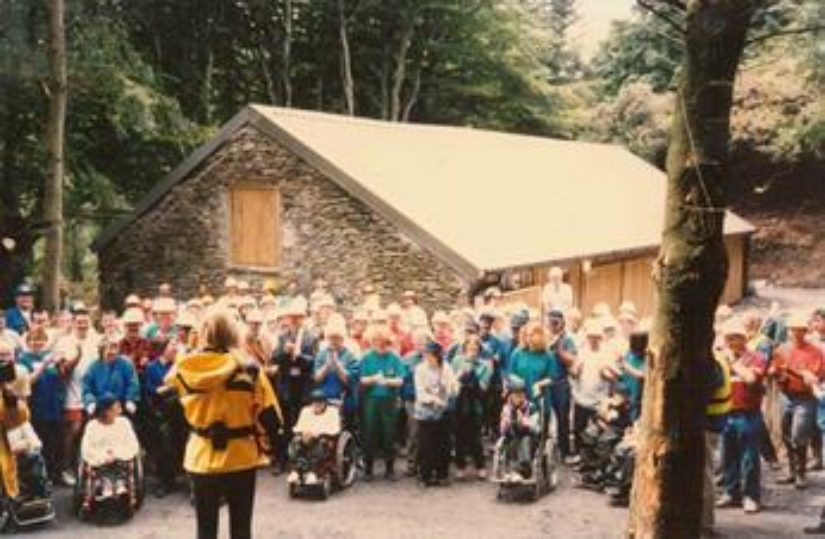 Anneka: “I remember being bowled over by the beauty on that final day when we’d gone through all the rain and the project was completed, there was a wonderful regatta, the sun came out and we all had lumps in our throats just seeing all those smiling faces.” 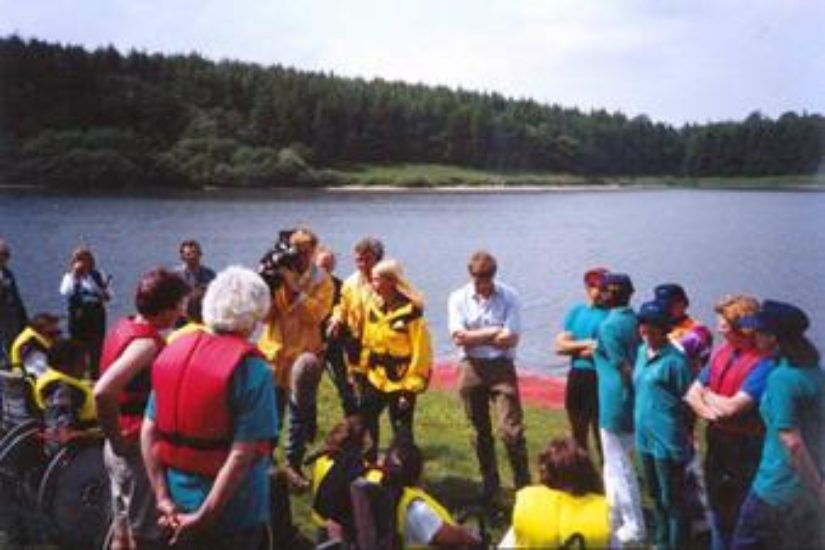 Anneka’s return last week was rather more leisurely-paced as she walked the original zig-zag path down to the boathouse and explored the extensive facilities that have been added since 1993. “It’s quite emotional seeing it again. A couple of decades on (and the rest), it’s still going strong. It’s amazing!” 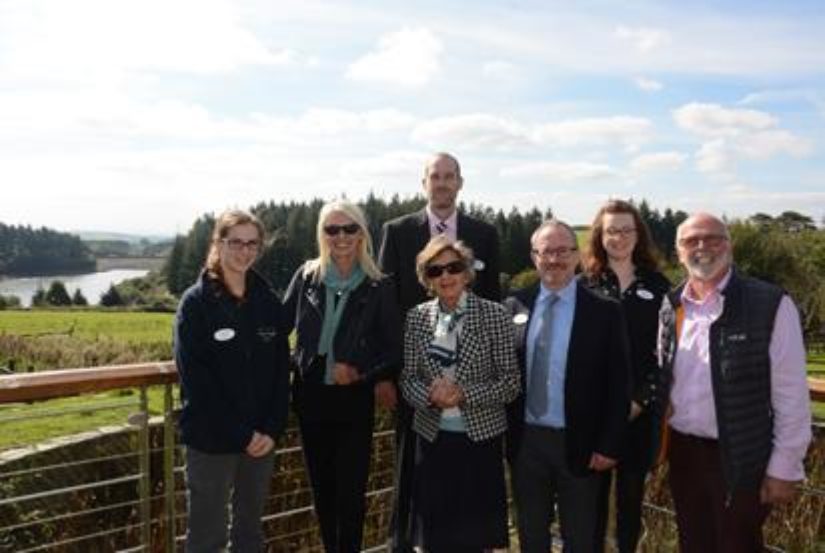 The Calvert Trust Exmoor team was delighted to welcome Anneka back to the Centre a quarter of a century on, including Lady Acland who has been a Trustee of the charity for many years and remembers the boathouse challenge fondly: “It all went very quickly as far as I can remember…frightfully quickly.” 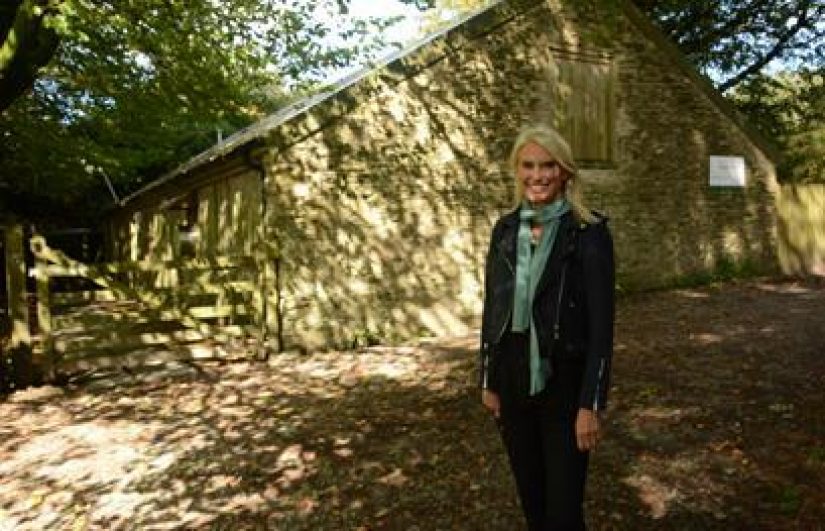 September 2018 marked exactly 25 years since the first broadcast of the boathouse challenge, the results of which have stood the test of time and remain in full use today. Ben and Amber, who still live locally, have both spent time volunteering at the Calvert Trust and also completed their Gold Duke of Edinburgh residentials with the charity.

Following her return visit Anneka, who looks virtually the same as she did in 1993, tweeted,https://twitter.com/AnnekaRice... “25 years slipped away! I’m so thrilled that the centre has gone from strength to strength.”

There are several calls across social media for the task-based 90s television programme to return to our screens.