Chichester Festival Theatre is one of the UK’s flagship theatres, renowned for the exceptionally high standard of its productions as well as its work with the community and young people. Situated in a cathedral city in West Sussex between the South Downs and the sea, the Festival Theatre’s bold thrust stage design makes it one of England’s most striking playhouses; a studio theatre, the Minerva Theatre, sits nearby.

The annual Festival season runs from April to November, during which productions originated at Chichester reach an audience of over 230,000; many transfer to London’s West End or tour nationally and internationally. Year-round programming continues through the winter with the Theatre presenting high-class touring productions, as well as a traditional Christmas show mounted by the renowned Chichester Festival Youth Theatre. 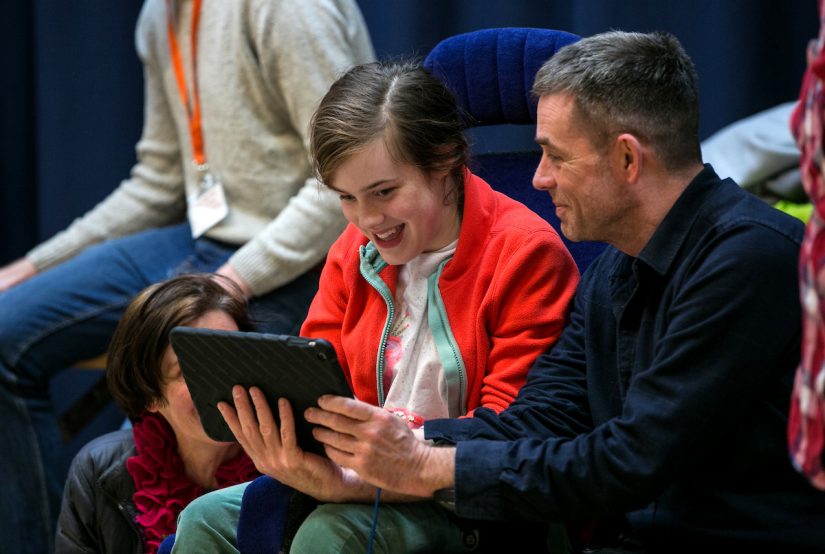 Chichester’s Festival 2018 offers a kaleidoscopic array of classics, musicals and new work, ranging from Noël Coward’s sparkling comedy Present Laughter and Enid Bagnold’s The Chalk Garden, to the musicals Me and My Girl and Flowers for Mrs Harris (both directed by Daniel Evans). There are new plays from acclaimed playwrights Charlotte Jones (The Meeting) and Laura Wade (The Watsons), alongside revivals of award-winning contemporary plays and classics: debbie tucker green’s random and generations, Michael Frayn’s Copenhagen, Mike Bartlett’s Cock and Wycherley’s The Country Wife, as well as a new family show adapted from David Walliams’s The Midnight Gang.

Rooted firmly in its community, the Theatre runs a Learning, Education and Participation (LEAP) programme that is a beacon of excellence and inspiration to its local audience, as well as being home to one of the country’s largest youth theatres with over 800 members.

Click here to see the CFT's accessible performance listings for 2018.